The Sound of One Hand

THE SOUND OF ONE HAND: PAINTINGS AND CALIGRAPHY
by ZEN MASTER HAKUIN

Hakuin Ekaku (1685-1768) is widely acknowledged as the most important Zen Buddhist master of the past 500 years. He was also the most influential Zen artist of Edo-period (1615-1868) Japan, but unlike the highly studied monk painters of earlier centuries, he received no formal artistic training beyond the basic skills in handling brush, ink, and paper that were required for everyday writing.

Hakuin’s self-taught, spontaneous, yet masterly and inspired painting and calligraphy, just like his teachings and writings, expressed the mind and heart of Zen for monks and lay followers alike. With the aim of reaching out to people of all social and economic classes, rather than just the élite, he invented a new visual language for his religion, depicting everyday subjects and themes from other Buddhist sects, as well as Zen patriarchs and masters. 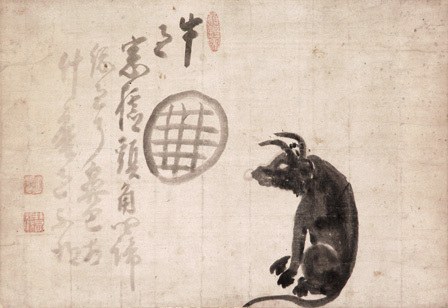